Our life is a routine.

We wake up, go to work, come back and repeat.

Routines are convenient and make for a comfortable, easy life.

But it’s easy to wonder if there’s more to the incessant repetitiveness.

For Thomas Perretta, the monotonous work routine was never enough. He checked all the boxes that society says will lead to happiness, but he couldn’t quite find it. Doing what he was supposed to do, getting a degree then a steady job, wasn’t fulfilling. He has never been one to sit still or relax– he’s an innate hustler.

That characteristic is what turned an employee into an entrepreneur.

Thomas created a brand that provides an innovative form of self-expression. He customizes the minute and hour hands of watches to create an accessory that creatively represents the owner’s past and what makes them who they are today.

Today, Thomas has built an amazing brand with a story worth sharing:

After earning his MBA from Wagner College, Thomas wrote a list of the top advertising agencies he thought would be a great fit for him.

He reached out to every single one on the list, but the results were devastating.

Barely any of the companies responded.

Disappointed with the outcome, Thomas decided to cold call each and every agency.

Eventually, one picked up the phone.

Finally, he was offered a job.

Thomas had done what he set out to do.

He went to a great college, got his MBA, and landed an amazing job.

Over time, doing the same routine everyday led him to a dark place in his life.

He became depressed. That depression led to anxiety.

Some days he couldn’t find the will to make it out of bed.

Life had lost its meaning.

Thomas was at his all-time low and couldn’t determine how to get himself out.

One day, something clicked.

An unknown force broke his cycle of depression and he realized that he wasn’t completely alone.

Thomas recognized that there are so many other people going through their own struggles in life and they all have a cross to bear.

“Everybody has their own story in their own way,” said Thomas.

He decided to seek a unique way to share his story and the story of all those who’ve survived a difficult time in their life.

First steps to bringing his brand to life

One night Thomas was sitting on his couch watching Shark Tank in his run-down apartment in New Jersey.

He kept seeing ads that involved anchors. Oddly, the image of the anchor stayed burned in Thomas’s brain. He kept thinking about it.

He then thought it would be unique to have an anchor as the actual minute hand on a watch.

So that’s exactly what he set out to do.

Since money was tight, Thomas spent three months diligently researching his idea to see if anybody was doing anything similar.

He was astonished that nobody had thought to personalize such an essential feature present on all watches.

Thomas went to freelancer.com, a platform that allows users to post a project and have people bid on that project.

He posted a project announcing that he was searching for a designer for his watch idea.

After going through numerous bids, he found one designer named Ivan from Russia that he immediately connected with.

What made Ivan so special was that he understood Thomas’s vision right away. Ivan appreciated the passion behind the idea and was able to mirror that passion in the watch designs.

Thomas had a clear vision in his head of exactly what a Thomas Felice watch would look like, but couldn’t get it down on paper.

He was convinced Ivan was going to quit after Thomas had him complete 40-50 rounds of edits before finally reaching the perfect design.

After Thomas laid eyes the first finalized mocks, he instantly knew that this idea was something special. 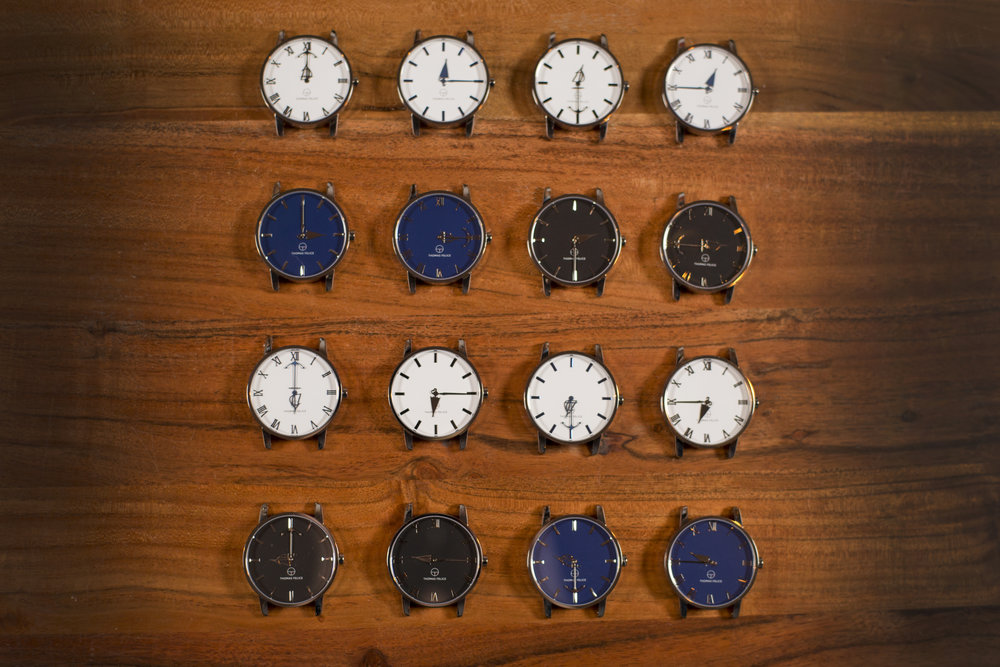 Thomas wanted to move forward, but had no idea what the next step would be.

The only thing he did have was drive.

After months of constantly researching how to turn his mock-up into an actual product, Thomas stumbled upon Alibaba.

He didn’t get a single response.

That’s when Thomas discovered Sourcify. Within one week of reaching out, he was connected to an experienced manufacturer that was a perfect fit for his product.

Why People Are Drawn to the Brand Thomas Felice

There’s only so much people can do to express themselves without being too loud about it.

In particular, men don’t have as many options as women for jewelry and accessories– especially accessories that speak to their personality.

Thomas views his designs as comparable to tattoos.

Each design is intended to mean something special and personalized to the customer.

People can have the same tattoo, but the purpose behind the tattoo can be entirely unique.

A Thomas Felice watch is piece of jewelry people can buy and connect with on a personal level.

The story, not the design, is what makes the watches special.

It was never about making money or creating a trendy design.

For Thomas, it’s about the story and what the watches stand for. The design is just an added value.

Before manufacturing the watches, Thomas wanted to ensure it was truly something he was adamant about.

“When you’re putting on a Thomas Felice watch, how do you feel when you walk out the door?”

It’s that deeper meaning Thomas is striving for.

Thomas wants to let people know that they’re not alone. 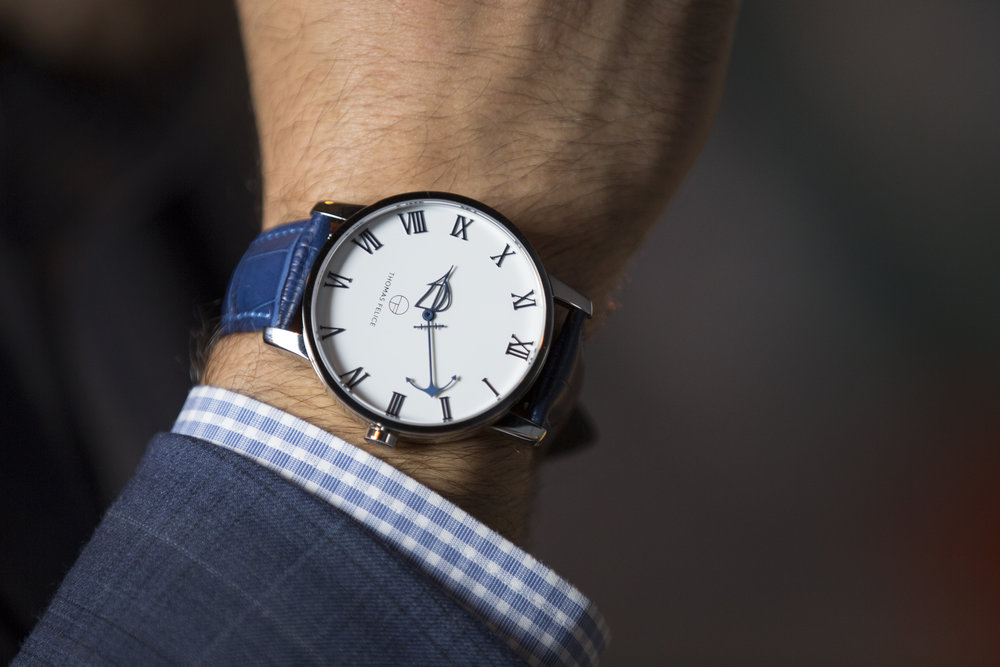 The Future of Thomas Felice

In the next few years, Thomas wants to increase the quantity of designs available for his watches.

That person will feel good putting on their Thomas Felice watch every morning before work.

They’ll have an outlet to express themselves in a subtle way.

There are things people wear every single day that they don’t put much thought into.

Thomas wants to build his product line to add customization to these little things.

“One of the things that I’ve learned after finally creating these watches and having these in my possessions if it’s a rainy day out, I’ll grab the umbrella design and I’ll decide which color to wear decide what I’m feeling like that morning and the week that I’ve had”

Thomas hopes to create a new form of self-expression and to encourage others to move forward into a fuller, happier life.

What Bushbalm Did to Transition From Side Hustle to a Massive, 8-Figure Enterprise

For many E-Commerce giants, their product claim to fame all started with an accidental idea; a small idea that was born either from necessity in the m...

If there’s one thing history has taught us, it’s that entrepreneurial success can be found in the most unlikely and unexpected areas. When starting a ... 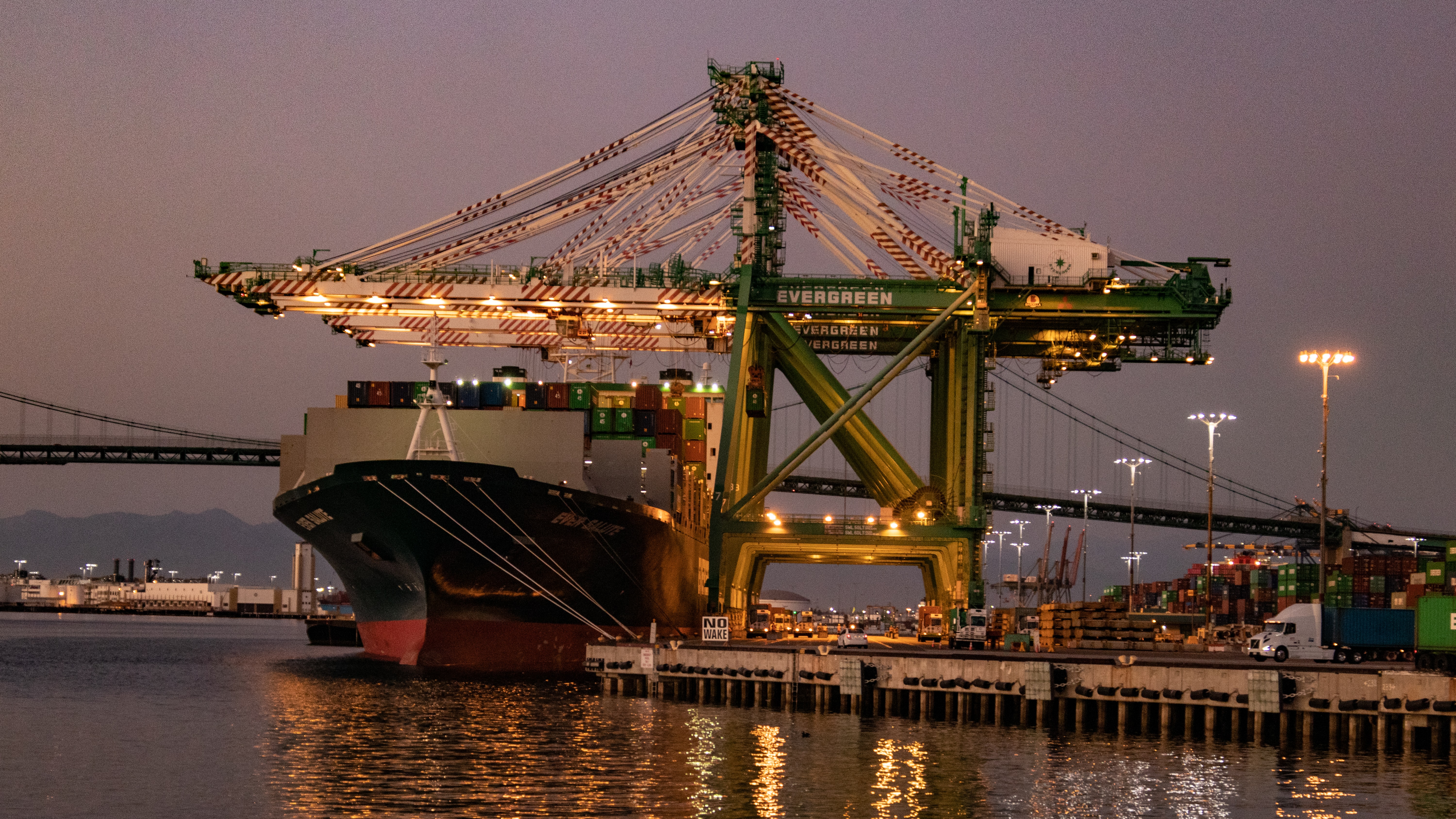 The travel and logistics industry has experienced its fair share of disruption this year, and there seem to be no end to the constant delays, containe...