Listen to the podcast here!

Getting into Arcturus Gear

Jason doesn’t have a background in eCommerce. A couple of years ago, one of his friends acquired Arcturus and Jason started working with him shortly thereafter. They’re known for two different segments, their big hunting line, and outdoor gear line.

The first product after the acquisition

When they bought the company, they had inherited all the existing suppliers. And going in, Jason wasn’t sure how the previous owners sourced them, but at that time, they were producing primarily ghillie suits, which are those big, bush-like hunting suits. A lot of people use those for hunting. A lot of people also use them for Halloween.

That was the first overseas product that Jason experienced that was sort of new, you don’t see every day, paving the way for Arcturus’s future success.

Acquire vs Start a Company

Jason did most of the due diligence on the acquisition of Arcturus. But as he looks back at that, Jason is really glad that they acquired Arcturus, instead of starting a new company, especially in their space.

The previous owner had been on Amazon in some capacity since about 2010. And so he had had their first-mover advantage for a lot of these products. In regards to Amazon, right now, there are still niches you can get into. But at least for them and their products, it’s been beneficial to have sort of a seasoned listing that has been around for a long time.

About a year ago Jason realized that the company was probably being “ripped off” by their current manufacturing partners. When they acquired the company, they didn’t have a great idea of what other costs might be, if they were getting a competitive price or not.

Two brokers sourced all of Arcturus’s products, so they didn’t know what sort of commission the brokers were tacking on. Jason just paid the price they asked and assumed that was good enough.

And so about a year ago, Jason started talking to Nathan, and got on board with Sourcify, just to see, “Hey, we’ve got this existing product line. Are we getting a good price or not? Are there better ways we can make this?” And so that’s evolved to be something that saved Jason a lot of money, around 30, 40% of the original cost.

Their product sourcing mix has stayed the same, after the acquisition, a combination of Chinese and Indian factories manufactured the products. Almost all, except the wool blankets, are made in China. Whereas, the wool blankets have and are exclusively been made in India, but they were having a lot of issues with quality control with the wool factory in India, that later got sorted out.

The lead time in India takes much longer when compared to China. However, it should be considered that the products Jason produces in India are more labor-intensive.

A lot of the time is also credited to the shipping routes. Something that would take three weeks to get from China to the US, takes around six weeks from India. To accommodate those gaps, Jason has had to think much farther ahead when dealing with sourcing out of India.

The Supply Chain of Arcturus

Process of validating ideas into products

Ever since Arcturus was bought, Jason and his partner have kicked around ideas to grow the brand. So far they’ve had a lot of success just expanding on things that were already successful. Like Introducing new color and patterns into the wool blanket line, which has been one of the most successful product extensions they’ve experienced.

They’ve had growth just in terms of growing colors within skews or size options. Another extension strategy they added on were product pack options, like a two or four blanket pack. Little changes like that are some of the strategies Jason has used to expand the brand.

They have also done some partnerships, most notably with Realtree. They’re a big licensed camouflage supplier. The Arcturus team has been fortunate enough to work with them on a couple of new leaf suits.

However, in terms of its own products, Arcturus has been growing off of its existing successful products. They haven’t taken a plunge of a new product that’s completely out of their wheelhouse.

Communication with the manufactures

The consistency of communication really depends on what stage you’re at as a business, although it’s probably more frequent than people would think. Currently, Arcturus is going through a sort of a rebranding process, so there’s been a lot of back and forth between Jason and the manufacturers on almost everything, from launching new products to new product packs.

Hence, there’s been a lot of back and forth, to the point where Jason has been talking to their partners in India and China at least two or three times a week.

Jason primarily uses Sourcify to communicate with their partners. He’s also used WhatsApp from time to time, especially when he needs to loop someone else into a project. But Sourcify has primarily been their main method of communication as it’s proven to be a lot easier to sort through emails.

In terms of new products or products that have only been produced once or twice, Jason tends to get production samples before placing a PO. The production sample helps him look at the product in more detail, allowing room for any critiques before its mass manufacturing.

With post-production quality control, they tend to rely on third-party inspectors to come in and look over the entire process.

Jason was recently reminiscing over how much Arcturus has grown. In 2018, they were still shipping in LCL, so less than a container, and now they only ship in containers, primarily 40-foot containers. They’ve experienced a lot of success with Freightos.

For Jason, it’s been the easiest to work with them because we can book a large order, warehouse, and get one price. They’ve got their own customs broker, which was helpful because she handles everything from all locations. That’s streamlined things for Arcturus in terms of shipping.

When the inventory lands, at least up until this point, Jason has just trucked them to the warehouse, where they’re unloaded, palletized, and then sent to FBA. FBA does 90% of Arcturus’ fulfillment and delivery. They do a few things through Walmart. Essentially, Jason has been trying to grow that channel to sort of reduce the in-house shipping.

With the coming fall and winter season, Jason is looking to ship, for the first time, full containers directly into Amazon, to help remove and simplify one of the steps of the entire factory to the consumer process.

From what Jason has read, with Amazon it’s sort of a coin flip, sometimes you can get lucky with how quickly Amazon will unload a full container shipment. And other times it’s sitting there, and you’ve got to pay for that rental for three, four, five days.

One tool Arcturus’s supply could not live without?

“Sourcify has been something that’s made my job a lot easier.”

As of right now, Arcturus heavily relies on Sourcify. It’s been very helpful to have kind of one point of contact. The Sourcify guys in the country, that are fluent in English, help Jason interface with the factory and help him work through any issues they’re having or any tweaks they want to make.

One of the biggest manufacturing disaster stories was regarding the ghillie suits. There had been a large order of ghillie suits that were all shipped to the customers through Amazon. Later, they (Arcturus team) had discovered that they all had the garment tags inside.

So if it was a ‘medium’ suit, the tag inside labeled it ‘large’. They were getting a bunch of returns just because the tags said the wrong thing, so as a result, they had to pull all of those suits back, repackage them and resend them to customers.

Another disaster story, that later turned into a success, was regarding the wool blanket manufacturing. They had been using a particular Indian factory that was making their wool blanket line.

The overall build quality was good but, for whatever reason, the processes that they used to dye and create those colors, created this odor or smell like almost if you walk into a mechanic shop, where your car is getting fixed, that sort of oily smell. Arcturus tried to figure out the reasoning behind the smell for a long time, they were getting a lot of negative feedback, a lot of customers complaining. It was really not a great smell.

So Jason worked with a Sourcify’s guy in India, Ankit, who was an awesome dude. And he went around probably four, five, six different factories and finally landed on one that could make these blankets that didn’t smell.

What’s Next For Arcturus?

Arcturus is continuing to expand the product lines sort of in the key competencies that of what they have in hunting and outdoors. They’ve looked a lot for tangential products within each of those spaces that they’re well suited to go into.

The other thing that they’re continually working on, is getting Arcturus in other marketplaces. Walmart is one that they’ve worked hard on and is, at least for Jason, a difficult marketplace to even get traction in, mostly because of technical reasons.

But that is something that Jason is trying to figure out. At what point should Arcturus start selling wholesale? Should Arcturus be in brick and mortar stores so that customers have multiple touchpoints?

Where Can You Connect with Jason?

Alright, guys, that’s it for now!

Now we’d like to hear from you, what from our talk with Jason stuck with you?

How COVID-19 Has Impacted Both Supply Chains and Price Gouging

With social distancing and lockdown orders still in place around the world, the COVID-19 pandemic has caused a great consumer shift. Instead of walkin... 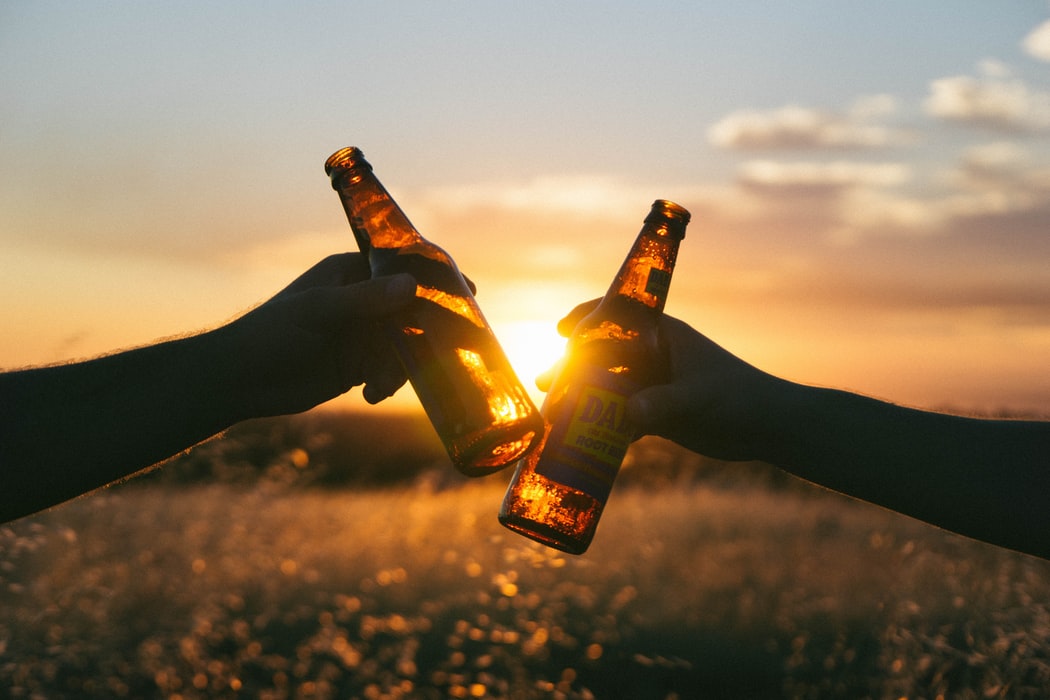 Every young entrepreneur seeks to create something new and inventive. But the problem is, it’s nearly impossible to originate something that has... 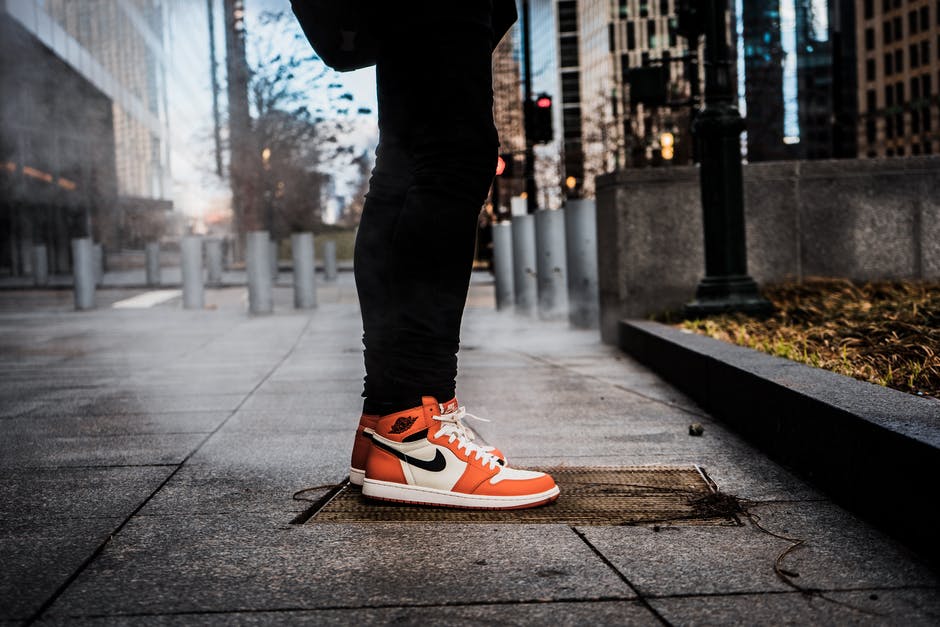 How This Sneakerhead (and E-Commerce Guru) Identifies Game-Changing Shoes

The business of buying and reselling — also known as “flipping” — can be challenging, especially when trying to predict which products will rise in re...